How Stocks Fared in Week 1 | Plus, Become a PS Black Member!

Week 1 is now officially in the books, and it was quite the wild ride. I hope you’ve been reading all off-season, as we’ve been trying to make you money and avoid blunders to start the season! If you haven’t, now’s a great time to start. 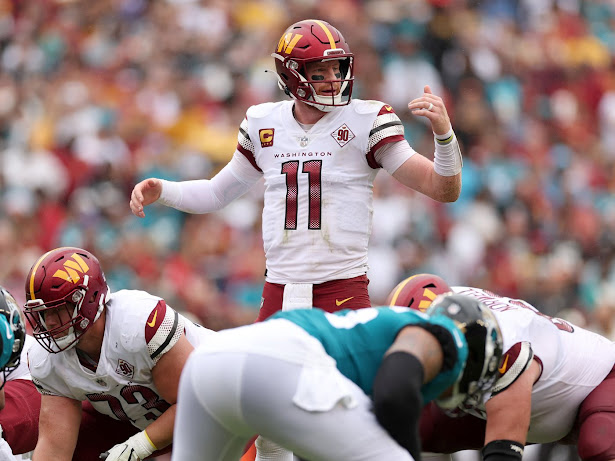 This was quite the investment game for anyone who's been following us knows that I'm a Carson Wentz ($3.70, +17%) apologist, and he was quite the play this week. Wentz was able to light up the sorry Jaguar defense and as I've said numerous times he has quite the wide receiving core at his disposal.

While I was extremely bullish on Terry Mclaurin ($1.25,-2%) he had an average week for himself. I think he will have some ups and downs throughout the season and it will be interesting to see if he can top his expectations next week after Wentz had one of his best weeks. One name who I have way too much of on my fantasy teams was Jahan Dotson ($5.63, 20%) who had an impressive debut this week as well.

On the other side of the ball, I'm not fairly confident after one week of play that the Jaguars have their franchise quarterback in Trevor Lawrence ($3.38, -3%) if we're going to get performances like this. I was willing to forgive Lawrence for the Urban Meyer disaster, but I expected better from him coming out of the gates in this contest.

In all, one of the few surprised of the day for Jacksonville was James Robinson ($1.71. +47%) looks to be like a smart investment decision if anyone took the major plunge on a running back with bad Achilles. In all, this team has some talent, but they're going to need more from Lawrence if they're going to take the next step…and Doug Pederson's job depends on it. 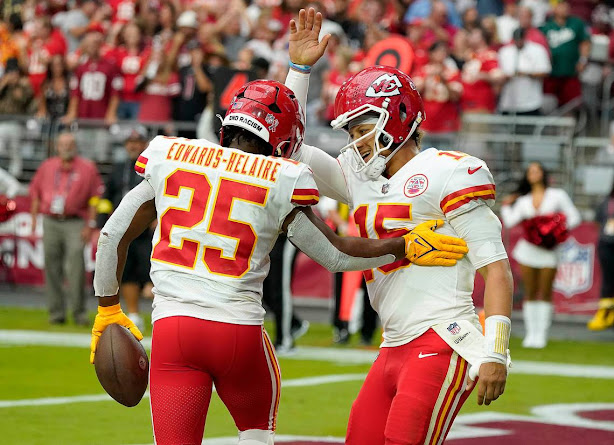 If the Chiefs continue to utilize their playmakers like they did yesterday, it's going to be a long season for anyone trying to defend them. While Tyreek Hill ($9.77, +3%) has been jettisoned off to Miami it's clear the Chiefs brought in enough talent to make the difference negligible.

I'm still a firm believer that Clyde Edwards-Helaire can be a difference maker for the Chiefs and have a problem investing in him for the season. While JuJu Smith-Schuster ($2.56, +6%) didn't have an eye-popping game for them he looks to be a big part of the offense as well. Travis Kelce ($10.20, +4%) looks like he is going to lead this team in targets this season as well. Overall, teams are going to struggle to pick their poison of who to defend this season and it'll be fun to watch…until they play Buffalo!

The Cardinals looked as awful as they did the last time we saw them in action. Kyler Murray ($5.03, +0.6%) must have been partaking in some more Call of Duty double-point weekends this off-season and Saturday night. He looked lost out there, but it's hard to put all the blame on him. Zach Ertz ($1.64, +3%) wasn't effective as he was hampered with an injury, Rondale Moore was out, and Deandre Hopkins was also out with an injury.

Overall, it looked like Kyler was saddled with just Marquise Brown ($2.10, 1.52%) and that was about it. If the Cardinals are going to win this division, they're going to need more from their receiving core to help out their newly paid franchise quarterback, or those recent extensions are going to look silly by season's end. 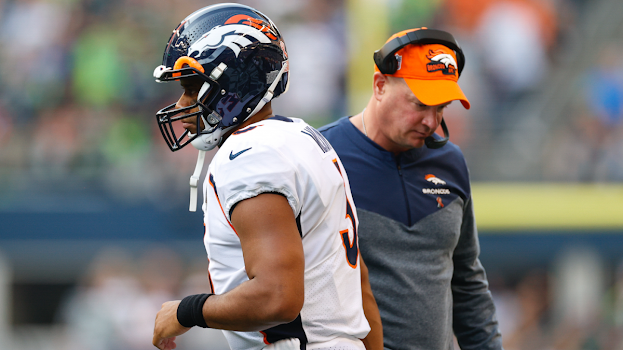 No words can describe what I just watched. My eyes are still burning as Nathaniel Hackett made one of the worst calls I can imagine since Seattle called a pass play from the one. The Broncos' offense with Russell Wilson looked good at times, and at other times looked like me playing madden.

Jerry Jeudy ($2.38, +15%) and Courtland Sutton ($2.28, +0.57%) were the main target hogs on the evening and we should all have expected that to be the case. I was surprised to see Melvin Gordon ($9.43, -5.46%) receive the bulk of the work for the Broncos on the evening as well. I had projected this offense to deliver a high bar for points this season, and while the season is young I'm fairly concerned. While the offense did well on points, the team as a whole looked unorganized.

Either way, we should be giving Seattle some respect after writing them off all season. While I think this might be their only win of the year, it was still nice for Geno Smith ($1.14, 12%) to lead this team to victory despite all the off-season drama.

I'd surmised the Seahawks receiving room was a good investment as I thought they would have lots of garbage time. However, Geno Smith played himself onto the national scene with his play on the night and has likely earned a longer leash that he came in with after that game. While Rashad Penny didn't do anything to light the world on fire he was a great contributor as well on the night. As I've said, I don't think the Seahawks will continue this, but they no longer have to be concerned with ending up like the Browns or Lions and never winning a game.