How Stocks Fared in Week 2 | Plus, Become a PS Black Member!

The weekend of comebacks has come to a close. After two weeks of action, only the contenders are starting to show their true colors. However, before we get to the contenders…One team is glaring as a pretender. 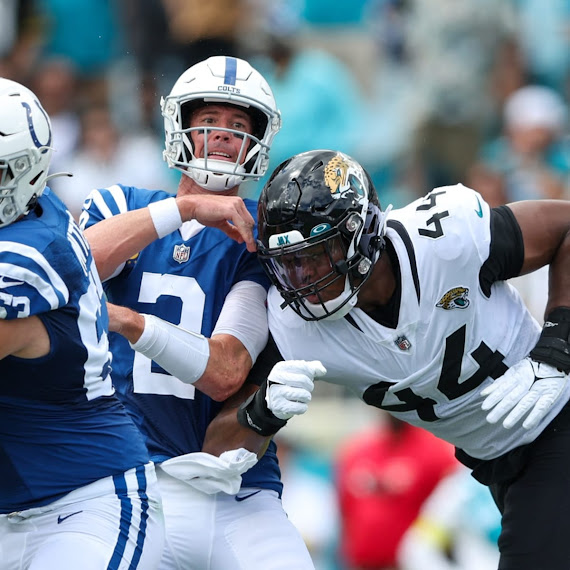 This game wasn't particularly close. It's quite ironic that Frank Reich pitched the idea to his owner that Carson Wentz ($4.27, 15%) was the problem. Anyone watching this team could tell they were missing Michael Pittman ($3.75, -5%)… who should be back from injury in short order. However, the problems stem further than Pittman in my opinion.

This team was quick to jettison Wentz for Matt Ryan ($3.84, -20). If you're feeling buyer's remorse about Matt Ryan, I assure you the Colts are as well. Through two games Matt Ryan has 4 interceptions, and only one touchdown. While Carson Wentz has definite low points…so far Matt Ryan is showing us you can do much worse! It's hard to put the blame all on Ryan, though, as they spent big money on Stephon Gilmore only to see this defense give up 20 or more points in each game this season.

The credit in this one will all go to Trevor Lawrence ($3.38). He was able to score 2 touchdowns and over 230 yards. While he didn't destroy his projections he still exceeded them and got the win. Lawrence still hasn't had that highlight reel game that we're looking for. He might never end up being the chosen he was billed up as, but he still has some promise and could just be a decent NFL quarterback.

There were another couple of interesting notes from this game as well. Highlighted by the continued presence of James Robinson ($1.80, 6%). Robinson has looked like the same player he was from last season even after his ruptured Achilles. If Robinson continues his production, we may see investors worry less about the perceived career-killing injury. Lastly, it looks like we might owe the Jaguars an apology if Christian Kirk ($4.66, 21%) has destroyed projections through two games. 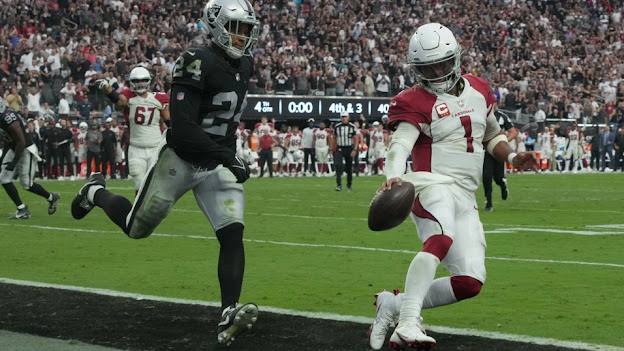 This was practically the game of the week for me unless you're a Jets or Browns fan. The Raiders and Derek Carr ($3.99, 1%) looked like they had this game locked up by halftime. With no Deandre Hopkins ($4.44), or Rondale Moore ($2.03, -1%) things looked like they were bleak for the Cardinals.

However, the Cardinals didn't blink. Led by a heroic Kyler Murray ($5.23, 4%) performance the Cardinals answered. Kyler Murray again looked towards Greg Dortch ($1.19, 17%) who was the only pass catcher to score in this one for the Cardinals. For the second week in a row perhaps Dortch is more viable than we thought after his week 1 performance. Murray was forced to do most of the work himself on the ground along with Darrel Williams ($1.83) due to the injury to James Conner ($2.59, -13%).

As for the Raiders, it's a blow, to say the least. After trading the farm away to get Davante Adams ($11.71, -13%), he only had 2 catches for 12 yards. It's an odd development after commanding a 35% target share the week before. If the Raiders are going to contend this season they're going to have to find a way to the ball into their best players more often than 2 times. The Davante Adams target depletion gives me similar vibes to last year after week 1 where Darren Waller ($3.10, 7%) commanded a giant target share and failed to follow suit the rest of the season!

In all this game came down to the wire in over time, and if not for Kyler Murray the Cardinals would be staring at an 0-2 start. Getting to 1-1 gives the team some breathing room with only 4 more games left without star Deandre Hopkin's return. It certainly seems like Waller and Renfrow ($1.69, -3) aren't going anywhere in this Raiders offense either! 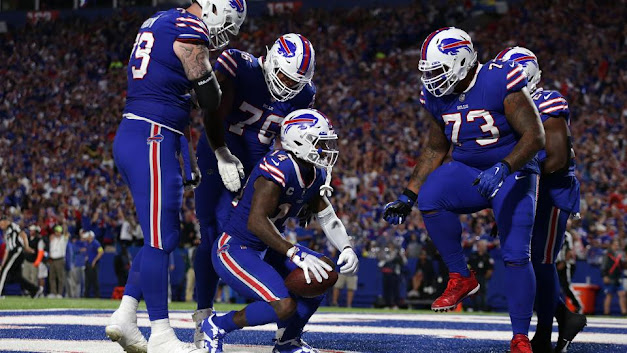 We got the ultimate treat this week with the Monday night football doubleheader. Unfortunately, the games weren't exactly the most competitive, but this game gives a lot of storylines to follow as head towards week 3 of the season.

As a Bills fan, I'd be lying if I said I wasn't ecstatic with the performance of Josh Allen ($29.91, 4%) and Stefon Diggs ($9.72, 34%). While the offense continues to thrive the defense hasn't missed a beat either. While the Bills have only played 2 games this season, they've dominated in both of them and in prime time no less. If I've noticed one thing, it is that Josh Allen thrives in prime time and that Kirk Cousins ($8.42, -12%) doesn't.

While the Bills have been blowing teams out, it is still noteworthy to follow what happens to this defense. With Tre White still on the PUP and the terrible injury to Dane Jackson, there's a chance this offense is going to be forced to continue to put up points. I think it is more likely than not that Tre White is going to need more than a couple of weeks to get acclimated back from injury, and as such, I still think Josh Allen can deliver a solid ROI during that time.

It's also noteworthy, however, that on a night that saw the Bills wipe the floor we didn't see any running back from this offense emerge. Devin Singletary ($1.79, -15%),  James Cook ($3.23), and Zack Moss ($1.84, -13%) all received chances in this game and not a single one was able to impress and stay on the field. Unless Buffalo can blow out every team this season, not being able to close out games on the ground might end up being the only kryptonite to this team.

The Titans tried to make this game competitive early on, but Ryan Tannehill ($5.59, -21%) and Derrick Henry ($21.59, -12%) weren't able to keep up with Buffalo. It's going to be interesting to see how long this team tries to convince itself it is in the playoff race. While Malik Willis ($1.48) did get some action in the game, he certainly didn't get enough passing work to make it interesting. Unless the Titans can dig themselves out of this hole, we're likely witnessing the beginning of the end of the Ryan Tannehill era in Tennessee.

Other small notes from the weekend:

Justin Fields ($3.81, -13%) looks more like a wildcat quarterback this season than anything else based on his limited passing work. It is looking worse each week the Fields is going to return anything but disappointment from your investments.

In his lone start, this season, Cooper Rush ($1.39, 2%) already has more passing yards than Justin Fields. That should tell us all we need to know about how to evaluate the Bears' offense and their wide receivers.