How Stocks Fared in Week 3 | Plus, Become a PS Black Member!

Another wild week of action is now in the books. It's been a wild week and a handful of games certainly didn't go as planned as I'm sure many followers are out of their survivor pools. 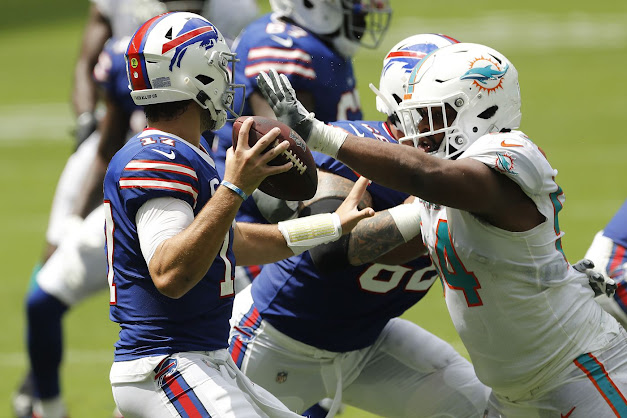 This game was an incredible ride. Josh Allen ($30.34, 5%) unleashed himself upon the Miami Dolphins. It was an incredible game for Allen, especially when you consider the fact that Stefon Diggs ($9.05, 24%) was being rotated in and out of the lineup due to extreme heat exhaustion.

Another interesting note from the game was that it looks like James Cook ($3.23) is starting to get into a rhythm and could be a sneaky value as we head into October. Yes, the highlight might be the Zack Moss ($1.82, -3%) run but don't kid yourself they drafted Cook in the second round and sooner or later he will take over this job.

Looking at Miami, they deserve all the credit in the world for pulling this game out. Tua Tagovailoa ($4.43, -7%) played a decent game and managed the game perfectly. Interesting to see Chase Edmonds ($1.37, 2%) get 2 scores on only 6 carries and 21 yards. 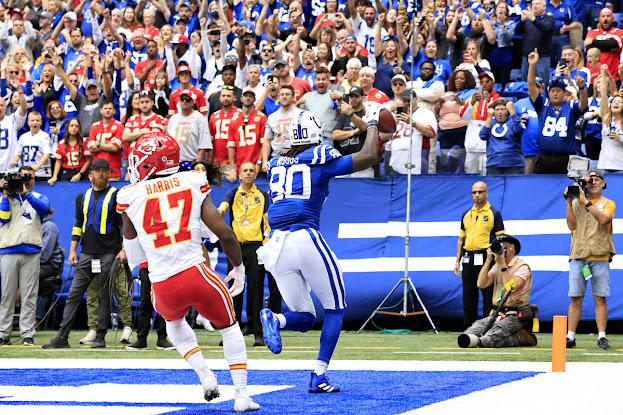 If you're like my brother then this was the trendy survivor pick of the week. In no way would we see Patrick Mahomes ($17.32, -7%) lose to a winless Indianapolis Matt Ryan ($3.81, -1%) led team. Unfortunately, yours truly warned him this was the trap game of the week with Tampa Bay on the docket next week.

Intuition would tell you that if the Colts won this game it's because Jonathan Taylor ($9.68, -9%) carried the rock and that they won the game by controlling the clock. However, Taylor was incredibly average, at best, in this contest rushing over 21 times for a measly 74 yards. Taylor has been a far cry from what he was just a season ago.

It's somewhat worrisome for Taylor owners as he is not looking as efficient as he had been just a season ago. While it doesn't look like Nyheim Hines ($2.49, -2%) is going to take over this role, not even the slightest threat of that, it's frustrating that he is eating into his carries. If Taylor continues on his current pace, look for Hines to steal more touches limiting Taylor's upside.

Instead, we saw Matt Ryan play mistake-free football while throwing 2 touchdowns in this game. Ryan and the Colts were able to capitalize on the turnover by Skyy Moore ($4.14) early. While the Chiefs were able to answer back with a Travis Kelce ($9.05) touchdown of their own, it became a defensive game more so than offensive.

At the end of the day, a late penalty from the Chiefs allowed Matt Ryan an additional chance to knock off the AFC West favorites to get their first win this week. 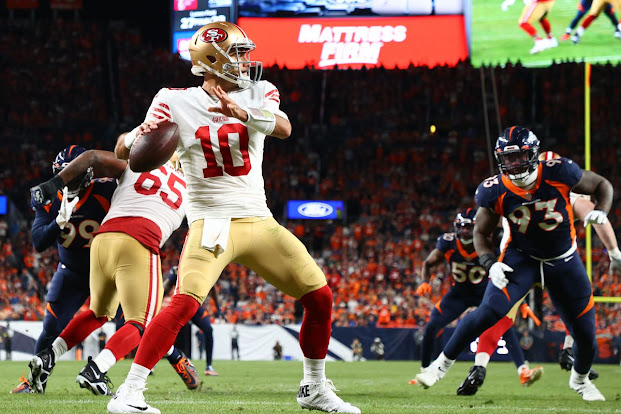 It feels obligatory to always mention Sunday Night Football for me, as it's the game of the week in my eyes. Whoever scheduled this game bought into the Trey Lance ($4.11) hype along with the Russell Wilson ($8.48, -13%) hype way too early. Their biggest mistake was not doing the Bills-Dolphins game in this slot, or another divisional game as it's too early to flex this out.

One of the most interesting things that came out of this game for me was the lack of usage for Javonte Williams ($4.73, -10%). Williams has been a fantasy darling dating back to last season in the dynasty community. The lack of usage, and ceding snaps to Mike Boone ($3.06) is concerning, to say the least.

To be fair, it seems like all Broncos players to date have been bad investments. Perhaps the best we can hope for is a rebound. However, I'm rather skeptical of any Bronco turnaround as it involved Nathaniel Hackett to grow into this role. It seems obvious, 3 weeks into the season, that this role is too big for him. With Sean Payton looming this off-season, and the talent of Denver it seems like a perfect match. The lone bright spot on the night was Courtland Sutton ($2.38, 3%) leading the team in targets and yards.

As for San Francisco, there isn't much else to say other than what did I just watch. In what would ultimately describe the night for San Francisco, Jimmy Garoppolo ($1.53, -10%) summoned his inner Dan Orlovsky on Sunday night while standing in the back of the end zone, and taking it a step further than Dan tossed what would be a pick six to Denver.