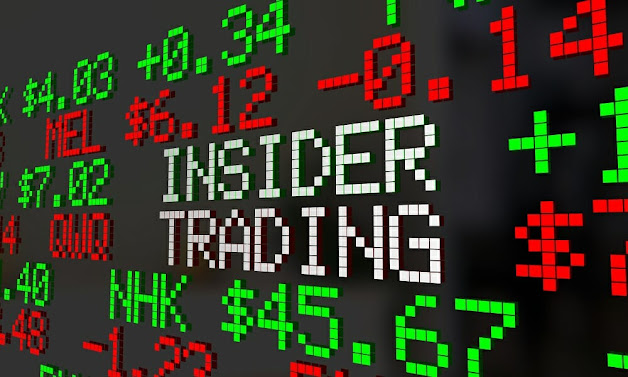 Good morning, PredictionStrike family, and welcome to another exciting NFL Sunday! It’s only week three, but there are storylines galore! Major quarterback injuries like Dak Prescott ($7.57) and Justin Herbert (-1%, $12.74) will definitely play a role in supporting cast projections, so keep an eye on the app throughout the morning to make sure you’re making smart investments! This week’s insider trading will focus on an offense taking the league by storm. No, not the Chiefs, not the Rams, not even the Bills. In fact, it’s the team opposite the Bills this week, the Miami Dolphins!

Oh, and check out our MERCH store here: https://store.predictionstrike.com/! Per your request, we've released some top-notch merch. There's a limited quantity and will only be around for a limited time, so make sure to get on it! But, anyway…

After one of the craziest comeback’s you’ll have ever seen in an NFL game last week, the ‘phins got my attention! With two dynamic wideouts, and a blossoming quarterback, this team has what it takes to pump out massive returns on PredictionStrike all year long. In order to better understand the situation in South Beach, I wanted to bring in a man who lives and breathes Miami football. If you are on the PredictionStrike discord, you might know him as Teraus, but I know him as Stephen Sherbin II, aka the founder and content creator of Bankroll Builders Fantasy, a company who specializes in DFS, betting, and now PredictionStrike! You will find videos of Stephen showing off his trusty dolphins jersey, and dropping tons of knowledge when it comes to who you should invest in, and when! Today we are going to focus on his beloved dolphins, but feel free to visit the Bankroll Builders YouTube page, or check out the website linked below! Now, let’s talk football! 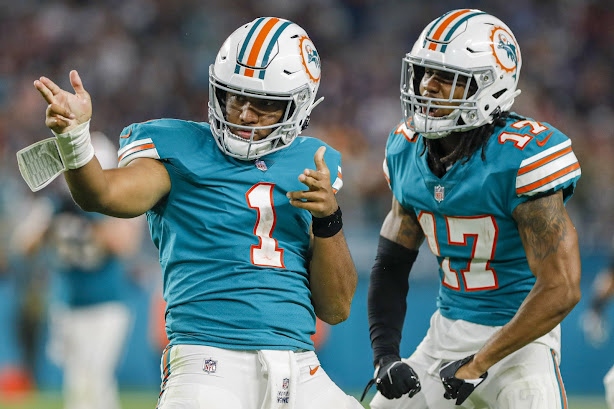 Alex: Tua (+10%, $4.81) had a subpar week in terms of production in week one, and in week two he was the fantasy QB1. Currently, Tua is projected in the mid-17 ftps range for week three. We now know the potential for Tua in this new offense, so is Tua an instant investment if he stays in the high-teens projections?

Stephen: Tua was phenomenal this past week against a team that we knew was high scoring, but with a few challenges in the defense. If the offensive line can continue to give Tua enough time for Jaylen Waddle and Tyreek Hill (+7%, $13.13) to get open, this could be a great shootout. Buffalo, though, is a very strong defense that is 2nd in passing yards allowed (298 yds) and 2nd in points scored against (17 points), and that includes their matchup against the Los Angeles Rams. I believe that this week may be too early to pick up Tua. However, grabbing him after this game would be smart, given that his next matchups are against the Bengals and the Jets, both struggling against talented teams.

Alex: Chase Edmonds (-23%, $1.28) had a lot of preseason buzz going into this season from a fantasy perspective. After two disappointing weeks, Edmond’s stock is down almost 20%. Should investors be worried in this lack of production, or is this a great buy low opportunity on a potential PPR monster?

Stephen: Chase Edmonds was the clear lead back in the first week of games, and his target volume was encouraging. Week 2 he was the clear backup. With Mike McDaniel being a long-time 2nd-in-command for Kyle Shanahan, his mindset is going to be similar, use a 2-3 player running-back-by-committee approach. I believe we won’t know who is going to get the most opportunities in this backfield week to week, so I personally would avoid the backfield, and focus on scooping up the pass-catchers.

Alex: One of the biggest off-season moves was the acquisition of Tyreek Hill to the Dolphins wide receiver room. Week two showed the potential Hill and Jaylen Waddle (+45%, $11.71) have while playing together, but some might fear that there’s not enough balls to go around week to week. Should investors feel confident investing in either of these high projections wide receivers on a weekly basis, or is this a stay away spot?

Stephen: This is probably the toughest decision for the game this week, but not moving forward. Jaylen Waddle and Tyreek Hill were WR1 and WR2, respectively, in week 2 in PPR formats. Jaylen Waddle has 24 targets this season and Tyreek Hill has 25, putting both of them in the top 5 for targets so far. They will both be solid investments moving forward, with Tyreek Hill being the more consistent target hog. The only question for week 3 is will Tua have the time to throw more than just screens to these two playmakers?

Alex: As a diehard Dolphins fan, you know the team's strengths and weaknesses. The Dolphins have no easy task facing the powerful bills offense coming in week three. In your opinion what position group can the bills take advantage of and who might be a good stock option on this Bills offense?

Stephen: The Dolphins weakness and Bills strength match perfectly: the passing game. As highly talented as CB Xavien Howard and S Jevon Holland are, they did little to slow down the Ravens defense. Xavien Howard couldn’t keep up on his assignments, and caught penalties as well. This is going to give Josh Allen plenty of opportunities to rack up TDs and fantasy points. With a 25-fpt projection though, it may be better to target Stefon Diggs (+33%, $9.67). Stefon Diggs just put up +44 fantasy points against the Titans, and has 23 targets (20 rec) this year. Stefon Diggs is an elite pass-catcher, and elite wide receivers are truly matchup-proof, so invest in him with confidence.

There we have it folks! If you aren’t jazzed for this Bills v Dolphins game now, I don’t know what to tell you! Expect a ton of points in this one, and expect a lot of money to be made in the portfolio. I want to personally thank Stephen for the help, and the fantastic answers to this weeks Insider. If this information helped you make an investment, do him a solid and check out his content. Visit www.bankrollbuildersfantasy.com, and follow him on Twitter @TerausBBFS for all the info you need to literally build that bankroll! If you are on the Discord, at minimum give him a shoutout after you read this. Making money is great, but making money together is even better! Enjoy this football filled weekend, and as always...