- September 10, 2022
The season is young, and after looking at Twitter last night people either weren't glued in…or refused to listen to what they were told. Look at the Rams, most of the public seemed flabber-gasted at the fact that Darrell Henderson ($1.48, 21%) received a bulk of the carries Thursday night. However, we shouldn't have been surprised.
It's all good though, as we have three games on tap for the week to make up for any potential Cam Akers ($3.50, -12%) losses you had last night.
But before that... reminder that the DEPOSIT MATCH is live till tomorrow night, and that the PS BLACK MEMBERSHIP is now available to all users! With the membership, get access to...
An immediate deposit promotion
The ability to double your max holding position
Rapid Bank Withdrawals
Monthly Free Tokens
Flexible fees on trades over $500
Verified User Badge
And now, on to today's slate. 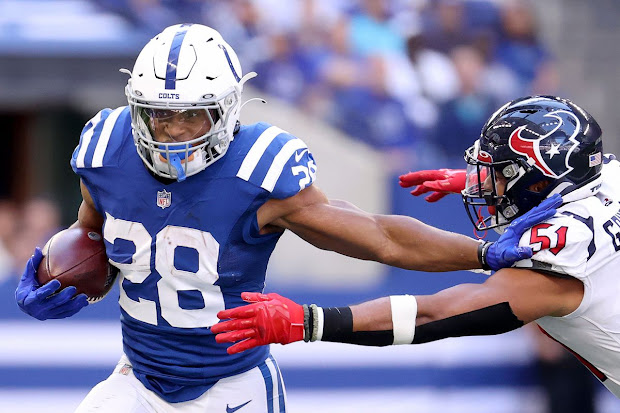 Colts @ Texans
This is one game that has a lot of meaning and can have a big impact on the postseason. Throughout the off-season the Colts decided enough was enough with Carson Wentz ($3.15) and jetted him out of town after just one season.
With the exit of Wentz, the door is now open for Matt Ryan ($4.93). While the majority of pundits have regarded this as an upgrade for the Colts, I'm not so sure it's as wide of an upgrade as they will make it out to me. I'm a little cautious about investing in Michael Pittman ($3.40). I would hold off and think Nyheim Hines ($2.47) is the best bet on this team.
In terms of who I think will win this game, I think the Texans present more of a challenge than many would think. Brandin Cooks ($3.44) was electric last season with Davis Mills ($3.69) and I think they could easily continue their brilliance this season, starting with Indianapolis.
I'd be remiss if I didn't bring up the bell of the fantasy ball Dameon Pierce ($5.07) could have a legitimate role for this squad. However, his price seems to be increasing daily, and his projections seem rather high and is a player I'll advise to avoid this week. 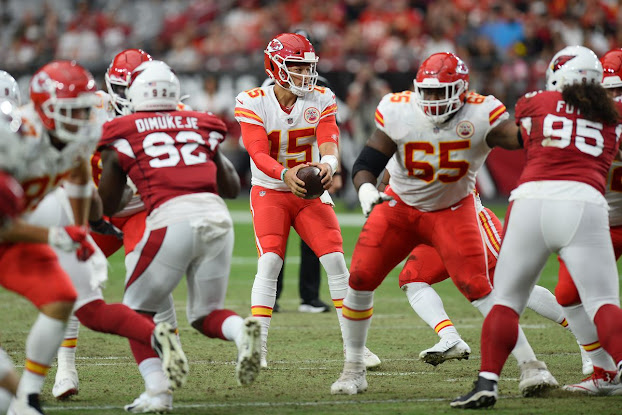 Chiefs @ Cardinals
I wrote sparingly about Patrick Mahomes ($17.49) this off-season. However, when you're one of the best players in fantasy football he is always going to be labeled a buy. However, As I wrote a couple of weeks ago his price is higher than it was all of last season after one of his more disappointing seasons in such a bright career.
It's fairly interesting to me that Mahomes signaled he's going to be a distributor of the football this season and he doesn't think the same player will do the damage every week. While I want to believe him, I'm not exactly sold that's reality as Travis Kelce ($9.10) still figures to be the bell of the ball and should see a bulk of the targets, especially against this Arizona squad.
Speaking of Arizona it's spectacular how fresh the playoff loss against the Rams remains in everyone's mind, but not the fact Kyler Murray ($5.01) was essentially the favorite to win the MVP award halfway through the season. Arizona has continued to try and surround Murray with talent, and the addition of Marquise Brown($2.19) should only help Kyler.
I understand the Cardinals have lost Deandre Hopkins ($4.44) for the first part of the season, but I can't help but feel like we're going to see the inverse of what we've seen historically. This season I think we could see Arizona get off to a sluggish start, but rebound later in the season if their receiving core can stay healthy. Brown and Hopkins could turn into one of the best wide receiver rooms in the league this season and Murray could easily become the MVP he appeared destined to be last season. 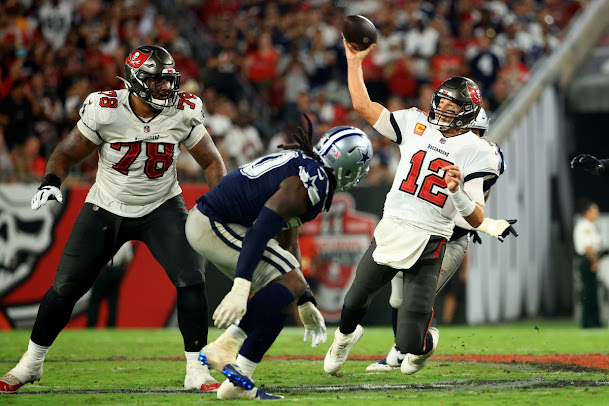 Buccaneers @ Cowboys
Sunday night we get the big game. Tampa Bay and the Dallas Cowboys battle it out for the right to be America's team…or something like that. It's comical to me how people assume that CeeDee Lamb ($3.63) is the next breakout wide receiver because of the opportunity he steps in with the loss of Amari Cooper ($5.20) to Cleveland.
From what I have seen from Lamb I have been relatively unimpressed with the expectations given to me from many around the fantasy industry. Lamb hasn't flourished with Dallas as the #2 to Amari Cooper over the last 2 seasons, and we're supposed to trust him to be one of the next elite wide receivers in the NFL. While Dak Prescott ($9.23) has battled injury, I have a hard time telling people to invest in a receiver who loses his teammate who helped draw coverage away from him over the last couple of years. As a whole, I'm not recommending anyone own Cowboy stock this week as I think Tampa Bay could walk away with this game early.
Many want to write about Tom Brady ($16.66) and his preseason hiatus, but the fact remains Brady has been playing this game longer than I've been able to legally drink beer or buy a pack of cigarettes. The fact remains it looks like we might see Chris Godwin ($10.52) play a limited role, and Mike Evans ($11.50) is still an elite receiver for Tommy to throw to.
While the Dallas defense was terrific last season, leading the league in turnovers is not a sticky statistic year over year and I think we may see the beginning of the end of the Mike McCarthy era in Dallas…and we get a front-row seat Sunday Night!

Thanks for joining us and reading all the way to the bottom! Make sure to give me a follow @DynastyMad, and let me know what you think. I'm looking forward to talking stocks and stories with you all every week! Until then, remember, if you send this link to a friend, you'll BOTH receive free shares when they deposit of $20 or more:
www.predictionstrike.com?referral=default
Happy trading,
Justin Andrew & The PredictionStrike Team