Week 6 is upon us and nothing says we're in the depths of the NFL season quite like bye weeks. While several teams are on bye this week, we're fortunate enough to have had the worst game of the week already in the books. 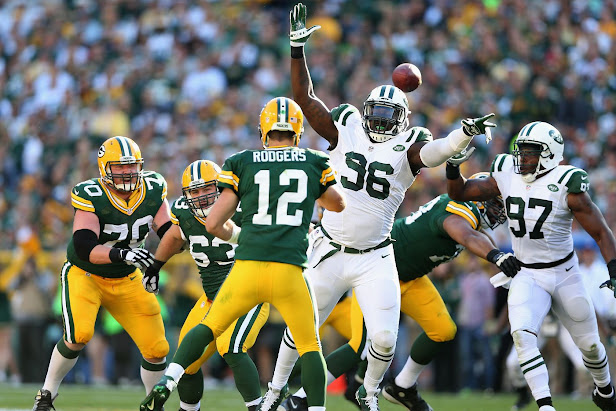 This is one of the most interesting games to me on the early slate for the day. The Jets are riding a two-game winning streak with the return of Zach Wilson ($4.33) since his return from injury. While many fans of Chicago and fantasy don't want to admit this, we may look back at the 2021 NFL rookie class and Wilson stands as the best quarterback from the class.

Unlike Justin Fields in Chicago, the Jets have surrounded Wilson with far superior talent. Not only is the talent pool available for gang green, but slowly they've even been building up depth for this team. The biggest proof of this relies upon the backfield where Michael Carter ($3.34, 4%) and Breece Hall ($10.72, 24%) have dominated in recent weeks on the ground. Based on the way Green Bay has played run defense this season, giving up almost 5 yards per carry this season, I'd expect the Jets to keep things on the ground this week as well.

After losing to the Giants last week, Green Bay may be going to come into this game with a chip on their shoulder. While they haven't been able to fire on all cylinders this season, they get a fairly good matchup for Aaron Rodgers ($10.49, -1%) to take on one of the worst passing defenses in the NFL this season. I'll concede that if Aaron has a big game it's likely going to be through Romeo Doubs ($4.72, -13%). It's getting concerning at the lack of development and involvement for Christian Watson ($3.34, -1%) thus far this season. As I say that, I'm sure we will see him play his best game of the season. 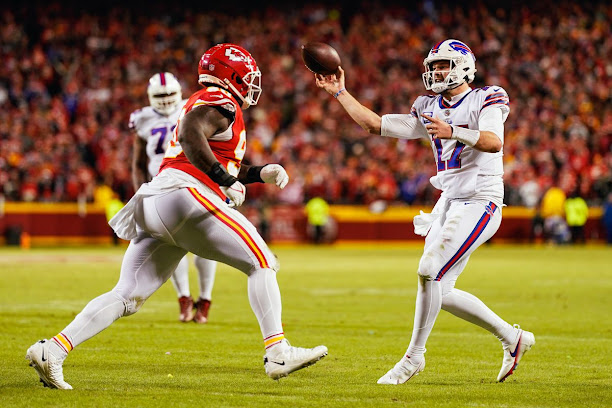 This game should be in primetime if we're being honest with ourselves. Josh Allen (9%), and Patrick Mahomes ($19.19, 7%) take each other on in another regular season contest in Kansas City…and as Jim Ross would say I expect this one to be a slobber knocker.

After Gabriel Davis ($4.05, 13%) blew up in Kanas City in 2021, he had a similar coming-out party last week in Pittsburgh as well. It looks like he is getting healthy at just the right time due to the injuries to Jamison Crowder ($3.53) and others on the team. Devin Singletary ($2.04, -13%) has also been doing his usual things to help this team win, but to date, he has lacked the type of explosive play one would expect from him playing on such a high-powered offense.

One name to monitor as a breakout candidate in this one is going to be Isiah Mckenzie ($1.59). As I've said all off-season Josh Allen is a fan of his slot receivers and I think he will lean heavily on them again with the hampered health of Dawson Knox ($1.07, 2%).

As for Kansas City, their tight end has anything but health issues. Travis Kelce ($11.73, 12%) is coming off a dominating performance. Emerging as the main target for Patrick Mahomes as we expected shouldn't be a surprise. The biggest surprise on this offense has been the usage of Skyy Moore ($4.14) who many expected to emerge as the big play threat for this team and it has yet to happen. He may be a buy-low candidate, but that remains to be seen.

Overall, I think the game is going to come down to if Clyde Edwards-Helaire ($2.78, -12%) and company can get the ground game going against this defense. If they can, I think it will be a hard day for Buffalo. However, I think Buffalo keeps up their solid defense and eeks out a win in this one to be the early front-runner for the all-important playoff bye week. 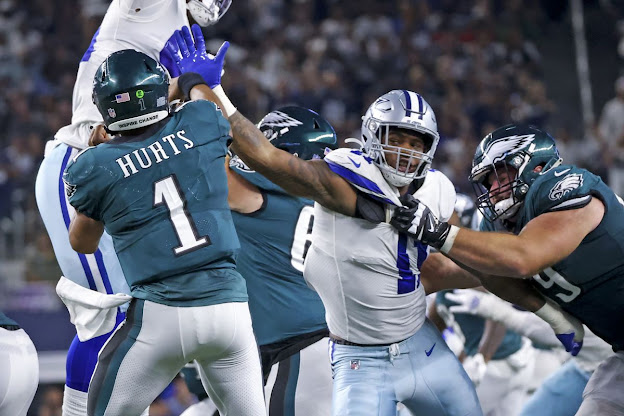 In a game that looked like a snoozer week one this game has a lot more meaning. The Eagles can lock up a firm grasp of the division with a win this week

We’re going to see just what Cooper Rush is made of if they’re going to bear the Eagles. I expect CeeDee Lamb ($3.28, -6%) to be a focal point for him again this week, as they’re going to need to score to keep up with one of the best offenses in the league. Perhaps Tony Pollard out snaps Ezekiel Elliot ($3.18, -2%) this week due to high passing down usage.

As for the Eagles they face their toughest defense to date against the Cowboys pass Rush. AJ Brown ($2.58, -14%) and Devonta Smith ($3.53, 8%) might not hit their projections this week if the Cowboys rush can get home and pressure Hurts. We may end up seeing more of the Philadelphia rushing attack than usual. Perhaps Miles Sanders ($0.81, -6%) is the best buy headed into this game.

In all, I think Dallas pulls off the upset this week and shuts down the Philadelphia offense this week and perhaps lays out the blue print for doing so.