Sunday Funday is upon us, and we have another great day of action ahead of us. As we inch towards the playoffs some teams are starting to separate from the pack, and others are looking like frauds that keep winning…purple generally does that. 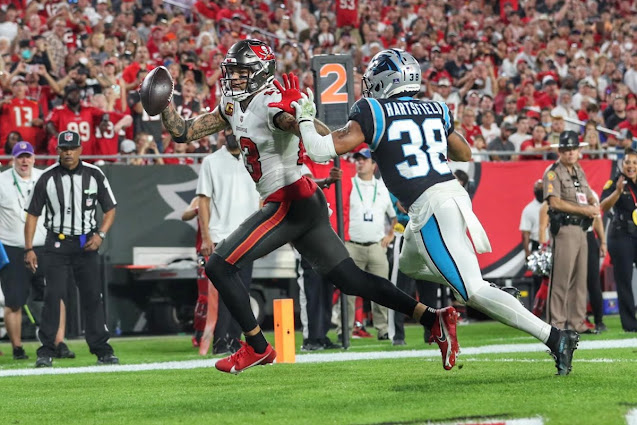 This game shouldn’t be close by any stretch of the imagination. However, it’s one I wanted to highlight based on all the recent changes we’ve seen and are rumored to be coming down the pipeline.

Carolina enters this game after having traded away Christian McCaffrey ($14.79, 2%). By the sounds of things that will not be the only name being shipped out of Carolina by week 8’s end next week.

DJ Moore ($0.70, -12%) is being rumored to be on the block as well. This is noteworthy for us in terms of our investments because if they’re going to try and move Moore I anticipate that they’re going to force feed him this week in hopes of drawing up interest. This makes him an excellent start for the week in my opinion. However, Terrance Marshall ($1.73) could also be a good long term investment if the Panthers are able to trade DJ Moore following this contest. The hardest part of the Moore and Marshall investments lies in PJ Walker ($0.69, -5%) getting the start, but I still believe both players are worthwhile investments.

I think most investors are scared by the low passing defense and rushing numbers, but we should consider the Cardinals, and 49er’s were able to score 2 or more touchdowns through the air. I get it’s a disgusting feeling looking at Brady after last week, but this game screams at me as a get right game after playing a proud Pittsburgh team last week with everything to prove. 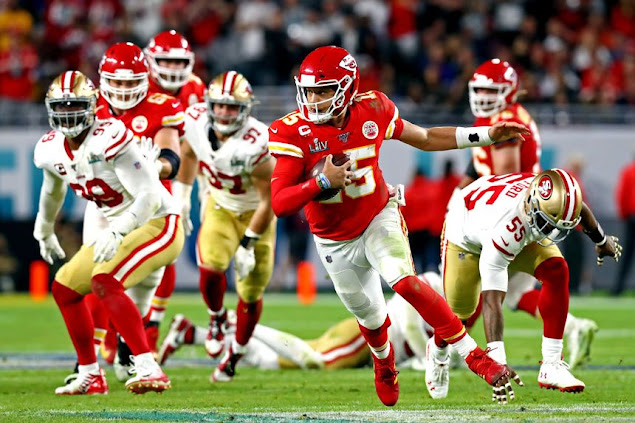 Again the Chiefs draw a tough matchup for the second week in a row, but due to the other side of the ball. The Chiefs were able to contain Josh Allen ($32.49) for most of the game until he decided he was going to hurdle the defender and take the game over in the final quarter. That’s why I think this game will eventually side with Kansas City.

Jimmy Garoppolo ($1.61, 2%) has largely been the guy we all thought he was since taking back over for the injured Trey Lance ($4.05). The biggest takeaway from is that, obviously, this job is still Trey Lance’s for the taking in 2023. He might be a good buy low right now as the market might be shifting in the Summer when the fantasy community gets those highlight reel plays from practice.

However, this game is interesting to me because while Jimmy Garoppolo has been propped up by Deebo Samuel ($3.99, -1%) and Brandon Aiyuk ($4.86, 7%) George Kittle ($3.05, 7%) has fallen by the wayside. As I learned in science class years ago every action has an equal and opposite reaction. I’m starting to wonder if that’s the case with the Christian McCaffrey trade. Someone is going to benefit greatly from this trade fantasy wise but I’m just not sure who it’s going to be. My suspicion is we’re going to be seeing less of Deebo Samuel getting carries in the backfield and that’s going to limit his upside.

Looking at the Chiefs nothing has really changed. Perhaps they’ll be in play for DJ Moore as we discussed earlier, but I can’t imagine it’s a vital addition. Travis Kelce ($11.96, 1%) looked like vintage Kelce last week against one of the best defenses in the NFL. Obviously Patrick Mahomes ($18.72, -1%) is going to be elite regardless of who he is throwing too and is always a solid investment. The lone question we should have over the next two weeks is if these Chiefs make a play for a running back? I thought Clyde Edwards-Helaire ($2.25, -19%) was getting better to start the season, but he again looks to be falling out of favor with limited touches. Perhaps we see a reunion with Kareem Hunt ($9.46, -6%)? 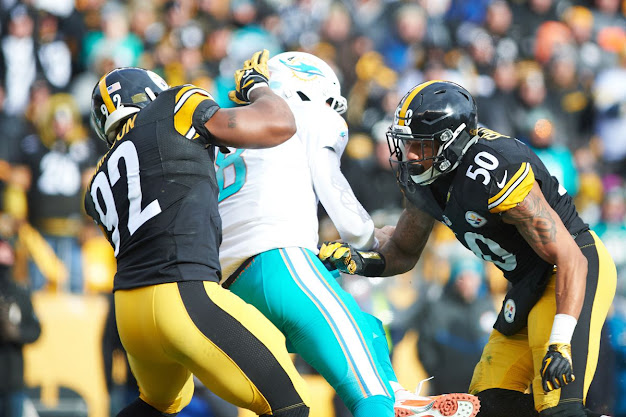 In a game that can only be summarized as "why didn't they flex this out?" There isn't a whole lot of intrigue in this one except for the Pittsburgh Steelers.

Kenny Pickett ($3.30, -10%) has looked like a rookie this season, but was able to get up early on Tampa Bay last week. After clearing concussion protocol this week, he should be getting the start and is an interesting investment option against this awful Miami passing defense. George Pickens ($4.61, -10%) and Dionte Johnson ($1.55, -3%) are excellent options to lean on, and think we should be expecting to see them quite a bit tonight. It has become apparent at this point that the Steelers aren't going to be able to run the ball effectively with Najee Harris ($4.18, -1%) this season. As such, I expect a heavy dose of the wide receivers and Pat Freiermuth ($2.83, -1%) against a defense that doesn't look like they’re going to be able to stop anyone.

The Dolphins' side of the aisle looks pretty bear. With the expected return of Tua Tagovailoa ($3.37, -1%) this offense ( and Sunday Night Football in general) should be getting the spark it needs. The major storyline I’m following in this game is just how much of a difference maker Tua is. I’ve been vocal about how I thought the win against Buffalo was more coaching brilliance and execution than that of Tua being a franchise quarterback. I’ll continue to die on that hill as I think Tua’s upside is Alex Smith. If he is able to pick apart this Pittsburgh defense that shut down Tom Brady last week I’ll start to open my eyes more I think. Outside of the Baltimore game where he and Tyreek Hill ($13.34, 18%) put on a clinic I’ve been largely unimpressed.

I expect this game to go down to the wire and is almost a must win game if Miami wants to keep the AFC East competitive down the stretch. IF they’re going to pull off the upset I think they’re going to need Jaylen Waddle ($8.51, 1%) and their defense to show up in this one.