Sunday Funday is upon us yet again for the 5th time this year. After witnessing perhaps the worst game of football in my young adult life let's hope that wasn't a sign of things to come this week! 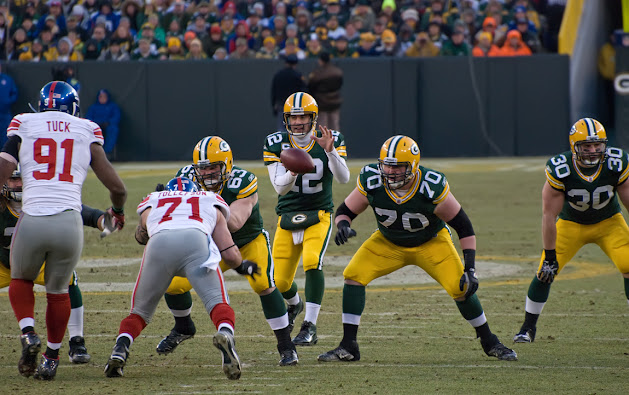 This game is the first ever we get to see two teams with winning records take each other overseas. I'm sure you've heard this line tossed around all week. It's quite remarkable though, that the Giants are 3-1 this season considering where they were just a year ago.

Say for instance to the end of week 17 last year they didn't have a full roster because they had no salary cap left. Fast forward to today, and like we predicted, Saquon Barkley ($5.54, -3%) has been on a tear this season. While he has only beaten projects twice in four outings you're not disappointed if you invested this off-season. I look for him to keep toting the rock in this early contest.

A name I'm very interested in is Darius Slayton ($0.83), he has been inactive most of the season, mainly because of the injuries at the position. Before his numerous injuries Slayton was a big play threat, and if he still has any juice left has likely been left for dead. New York kept him around because they still think he can play, and I think he might surprise people in this contest. He has chemistry with Daniel Jones ($0.89, 2%) as well which makes him even more intriguing to me. I expect the Giants to possibly fall into a negative game script against Aaron Rodgers ($10.59, -3%) and company.

While Rodgers is not playing like an MVP without Davante Adams ($11.11, 2%) this season, the Packers are quietly still 3-1 this season. Thanks to a heavy dose of Aaron Jones ($5.89, -2%) and AJ Dillon ($2.46, -12%). While the running game has been a strength for this team, it is far from predictable who will get the bulk of the carries which is both of them risk investments for short-term investors. I presume it makes sense for the Packers' side of the ball to roll out Romeo Doubs if you're only looking short-term this week. I think the Packers escape this game without much effort and send the Giants back to earth at 3-2! It's not every day you get to play Justin Fields ($2.93, -2%) and Baker Mayfield ($3.26, -4.30%). 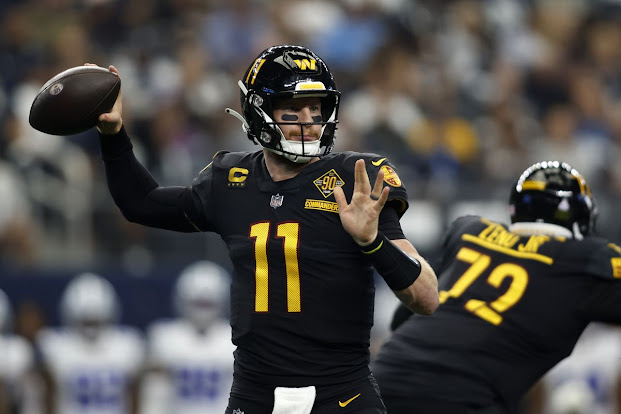 While the winning teams play in London, hapless teams with their backs against the wall will play in Washington. The Titans started 0-2 and appeared to be left for dead. I thought we were beginning to see the end of Ryan Tannehill ($5.81). However, he appears to have guided this Titans team to 2 straight wins and takes on a Washington team losing electric rookie Jahan Dotson ($6.23, 11%).

I think this game is going to be a lot closer than many believe it will be. Anyone that follows me knows I'm still a fan of Carson Wentz ($3.32, -3%) fan. He has been on his back as much as he has been throwing the ball lately, and Tennessee will have to make sure they continue to pressure Wentz. When he has time Wentz has been impressive this season, and if he has time today I imagine we will have several targets headed toward Terry Mclaurin ($1.03, -12%). Combined with the rumored return of Brian Robinson ($4.16) I think this offense is poised for a good day.

Looking at Tennessee, this game still feels like it has a lot of pressure for Tennessee. While they're going to be alive in the AFC South regardless of the outcome, Jacksonville shouldn't be losing Sunday. A loss here creates problems later down the road for this team, and Ryan Tannehill is going to have to keep his team alive. It is no easy task with Treylon Burks ($3.72, -7) headed to IR Saturday. Should Tannehill struggle, and Derrick Henry ($26.47, 10%) play as he did in weeks 1 and 2 we could see Malik Willis ($1.48) play sooner than we thought this season. 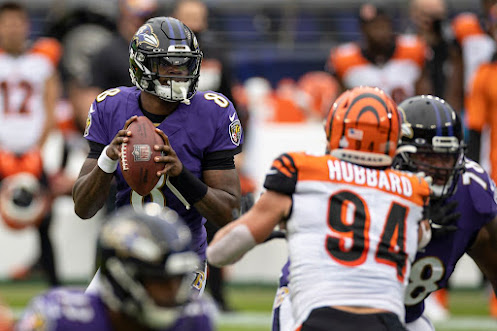 The Bengals enter this game coming off back-to-back wins, after their early season struggles. The name of the game is pass protection for Joe Burrow ($7.73). The pressure has persisted all season but looked better at times against Miami.

While the Bengals have won 2 games, Ja'marr Chase ($7.96, 1%) has been relatively quiet this season, and the same can be said for Joe Mixon ($11.09). Burrow is going to need both of them as they play against one of the worst defenses defending the pass this season.

Considering how the Ravens have been playing defense it wouldn't be a surprise to see this game end up in a shootout. Lamar Jackson ($7.12, -9%) continues to be the only shining star on this team to date, and that doesn't look like it is changing. Aside from Mark Andrews ($12.77, -5%) and JK Dobbins ($6.15, 27%), the Ravens' offense doesn't have much firepower to get into these shootouts.

I do think the Ravens pull off the win, but I don't think they do so convincingly. While we talk about the Ravens and Lamar Jackson it is an interesting situation to monitor this season as he could be playing his final year in Baltimore. The one thing I've said on my Twitter the last couple of weeks is that if the rumors are true, Lamar wants a fully guaranteed deal like Deshaun Watson ($14.52), and the Ravens are adamant they will not do that. One team I think is desperate enough to do that.

That would be… the Chicago Bears. This team is preparing for a big move and knows that moving with a franchise quarterback makes for an easier transition. The Bears should be calling the Ravens this off-season as soon as they can and offer the Russel Wilson package to get him there.