It's been a wild ride to start the season and I can't believe we're already almost halfway through. Let’s get to our Week 8 preview. 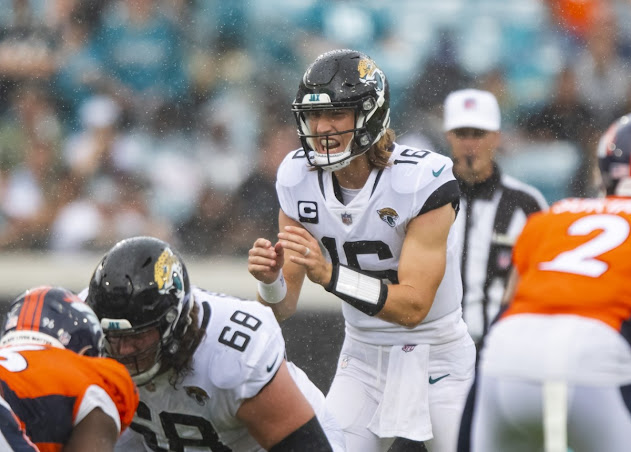 The Jaguars and London go together like Lamb and Tuna fish, or peanut butter and jelly if you prefer that context. Playing another game in London against another team below .500 sounds about right. However, this game has more intrigue than the past ones.

While the Jaguars sit at 2-5 this season, a win against Denver will keep them in the hunt for the AFC south based on the Titans inconsistency. For them to do that the Jaguars are going to have to get Trevor Lawrence ($3.57, 5%) going in this one. It isn't going to be either as the Denver Broncos are one of the best defenses in the NFL.

What's funny is that earlier this season Christian Kirk ($3.73, 7%) appeared to be proving most of the fantasy community wrong and justified his big contract this off-season. However, in recent weeks, it has become quite clear he is nothing more than a high-upside wide receiver two. I'm not entirely sure the Jaguars deserve to be contenders for the division, as they're truly lacking a premier wide receiver. Until that happens is it fair for us to judge the progress of Trevor Lawrence? The one advantage Lawrence has had in recent weeks is the emergence of Travis Etienne ($5.32, 15%) and the running game. I imagine the key to the Jaguars' success in this game will come down to them being able to run the ball effectively and throwing out-of-play action against this secondary.

The Broncos enter this game getting back Mr. Limited Russell Wilson ($8.16). Any word used to describe Wilson other than disaster doesn't seem like a fair rendition of what we've witnessed this season. I preached all off-season about my affinity for Courtland Sutton ($1.33, -17%), and Wilson's lack of effectiveness has derailed any hope of that this season.

Combine Wilsons' ineffectiveness with the injury of Javonte Williams ($3.73), and the physical retirement of Melvin Gordon's ($5.63, -4%) body, and you end with a 2-5 record. I think the recipe for this Broncos team needs to be establishing the run as well, and whichever team can escape this game with the most rushing yards is likely going to end up the victor. I can't imagine either quarterback being successful in this London game, which makes it harder to justify waking up early if my kids sleep in. 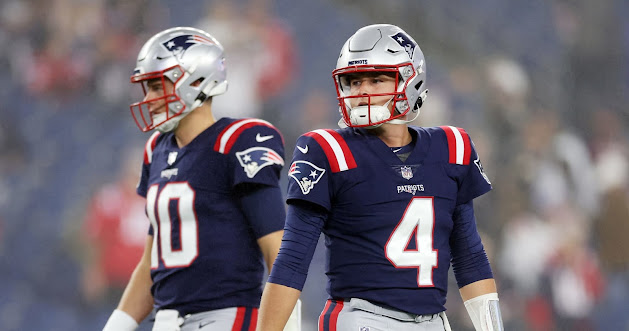 After the debacle on Monday night against the Chicago Bears Bill Belichick is starting to look more like Cleveland Bill than New England Bill. If you follow the history of Bill and Robert Kraft, I'm not so sure that his seat is safe if this season continues to unwind. Sure, Kraft would never "fire" a coach who won him 6 super bowls…but he may force him into retirement. I firmly believe Bill Belichick will be the surprise coach moving on this off-season.

Let us start with the fact that he refused to hire any new staff members on the offensive side of the ball with the departure of Josh Mcdaniels. This move alone is causing quite a rift considering that Mac Jones ($1.48, -22%) has looked lost at times this season and is now somehow in a battle against Bailey Zappe ($1.27, -4%). The only saving grace this team has had on the offensive side of the ball has been Rhamondre Stevenson ($3.29, 14%). Outside of that, this offense is still looking for a pass catcher to pair with Jakobi Meyers ($0.89, -2%). It remains to be seen if Bill can do that, considering the last time I saw him draft a wide receiver was N'keal Harry ($2.89) in the first round. There is no difference maker in this offense at quarterback or even wide receiver and if they're going to compete in this division that is going to have to change, and the sooner the better as the Jets are coming to town with one of their better defenses since Rex Ryan.

Along with that defense is an offense built upon the run. The recent injury to Breece Hall ($11.04, -5%) brings severe questions into how effective this offense is going to be. While the Jets did trade for James Robinson ($1.10, -15%) that was roughly 6 days ago and who knows how effective he's going to be for this team or how much of the playbook he has consumed. Perhaps the best short-term buy this week is Michael Carter ($3.34, 9%) who might be called upon for pass-catching and ball-carrying duties today.

Zach Wilson ($3.25, -10%) is going to have to step up with the injuries at running back is my estimation. I think it does, and I view this situation as similar to that of Josh Allen ($32.48) just last season when Tre White went down for injury. Essentially, if Wilson is going to be the player I think he is capable of being, now is the time to show that with a team good enough to make the playoffs.

With Corey Davis ($1.01, -24%) out this week, and Elijah Moore ($5.65) back in the lineup, it will be interesting to see who the main target is for Wilson this week. While Moore has demanded a trade it will be interesting to me if they try to showcase him, to trade him, or if Garrett Wilson ($5.20, -8%) continues to be the best receiver on this team and gobble up the targets. In either case, this is a big game for New York who is trying to hold onto a wild card spot as we enter the second half of the season. 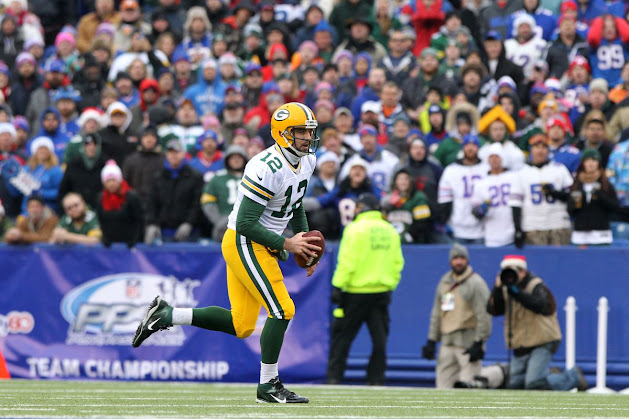 Aaron Rodgers ($9.37, -2%) takes on Josh Allen ($32.48) in Sunday night football. While this game would be more entertaining if the Packers had a receiving core, it should still be a good game nonetheless.

While Rodgers lacks depth at the receiver position, Romeo Doubs ($3.17, -24%) figures to be the main target in this one, but I highly doubt that is going to matter. I don't expect Rodgers to be super involved in this game if the Packers are looking to get an upset in Western New York. The Bills have struggled in recent years defending the run game, and while they haven't looked like it this year I don't think they've been tested because Josh Allen has continued to dominate on the offensive side of the ball.

I think the Packers can play solid defense in this game, and lean on both AJ Dillon ($1.50, -22%) and Aaron Jones ($5.70, 22%) against this Buffalo defense. If they can utilize these two down the stretch I think the Packers are capable of climbing out of their hole, and a win in Buffalo could spark this team to start going on a run.

As for Buffalo, if they're going to keep their hot streak going the offense is going to have to continue to hum under Josh Allen. While rumors have begun of their interest in Cam Akers ($2.42), or Kareem Hunt ($8.96, -5%), Devin Singletary ($2.17, -1%) is still the guy as of Sunday morning. I'm not sure if he's to be used exclusively, as James Cook ($3.23) could still carve out a role, but he figures to receive a bulk of the carries and might be a decent short-term investment.

Other than Singletary, Stefon Diggs ($9.20), and Gabriel Davis ($4.29) still figure to be the two highest-targeted pass catchers. I tend to lean on Gabe Davis as the better investment, but both remain solid investments. If this offense can light up the scoreboard like they have all year, this game could be over by halftime.