Week 5 has come and gone, and sooner or later I'll be writing about Deandre Hopkins ($4.44) as he serves out the final game of his suspension this week. Until his greatness is back, we're forced to focus on this week's slate of action. 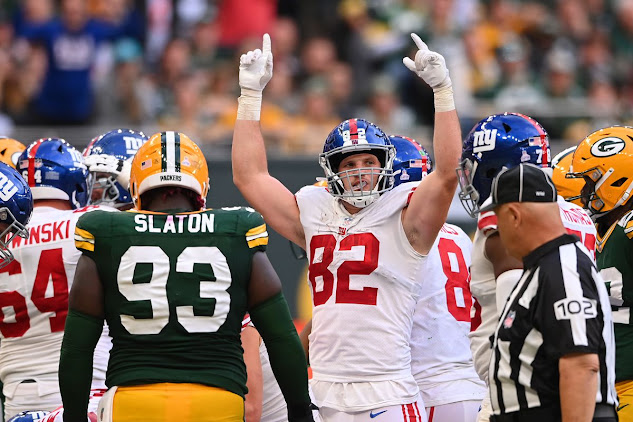 Wow, this was an awesome game. I'll start by admitting I was completely wrong about how this game would play out in terms of the final score. The Giants were able to pull off one of the biggest upsets of the weekend, much to the dismay of Aaron Rodgers ($10.49, -1%).

I'm not sure if Saquon Barkley ($5.56) is going to be able to win an MVP because of the position he plays. I believe we had mentioned he was a great pick for comeback player of the year, but I'm not sure what he was coming back from…awful play calling, or stinking up the joint? In either case, Saquon is back in the fold as one of the best running backs in the NFL.

Another player who impressed me was Darius Slayton ($1.09, 29%) who we also mentioned on Sunday. Slayton has been hampered by health, and I still think is a starting-caliber WR3 in the league. Daniel Jones ($0.88, -2%) appeared to be looking his way often on Sunday and with all the injuries I wouldn't expect that to change soon.

As for the Packers, they must have thought this was week 1, or a playoff game.  While Aaron Jones ($5.37, -9%) and AJ Dillon ($1.98, -23%) averaged roughly 5 yards per carry but the Packers decided they would rather lean on the passing game with 39 attempts. In all, the Packers should be fine moving forward but we should remain cautious with this Giants team's lack of depth. 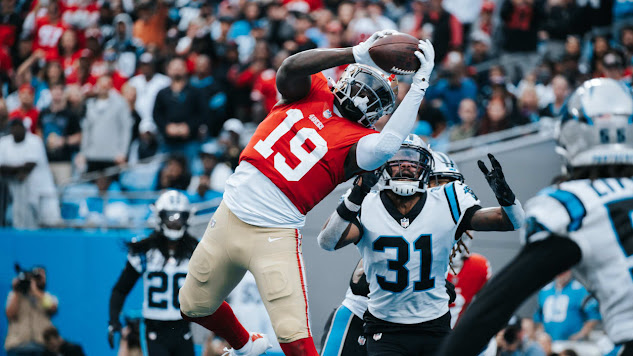 The end of the Matt Rhule era came to an end Sunday. The only thing missing on this somber day in Carolina was Cam Newton ($5.35), which might have been a welcome sighting considering how porous this team played on Sunday.

Much like most of the Rhule era, quarterback play was a problem. Baker Mayfield ($2.91, -10%) struggled mightily on the day, failing to throw a single score. While San Francisco's defense has been elite, Rhule ultimately has run out of excuses.

Mayfield was brought in to fix this offense, and instead, we've seen it crumble. With Christian McCaffrey ($14.09, 5%), DJ Moore ($0.78, -5%), and Robby Anderson ($1.53, -13%) there were no excuses this season for the offense not to produce. It will be interesting to see if the coaching change can provide this offense the spark it needs. After the game, it was noted that Baker Mayfield was spotted in a walking boot, which perhaps opens the door for an uneventful Sam Darnold ($2.32) return in the coming weeks.

San Francisco offensively didn't need to do much in this game. Jimmy Garoppolo ($1.55, 3%) played one of his better games of the season in this one. However, much to the dismay of many investors Deebo Samuel ($4.07) was relatively quiet on Sunday for San Francisco. Deebo saved his day with a touchdown but only had 32 offensive yards on the day.

The biggest takeaway for me on the day is the complete disappearance of George Kittle ($2.74, -22%). Kittle has been missing since returning from injury and is a must-sell for me going forward. If you still believe in Kittle, perhaps now is the best time to buy low, but it doesn't look promising as of today. 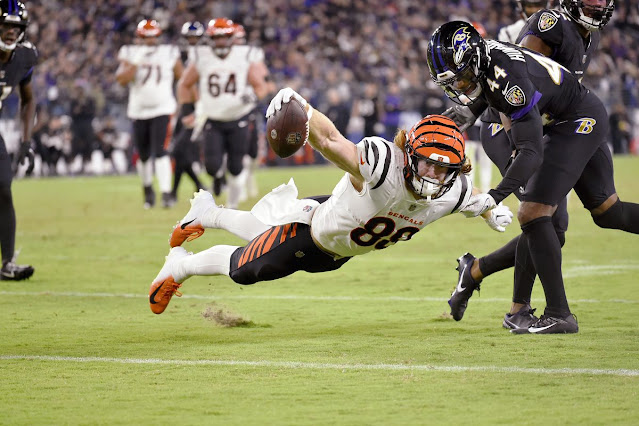 This was one of the most odd games you will see all season. Coming into the game Baltimore had one of the worst passing defenses in the league, and the Bengals' defense was nothing to ride home about either. However, as is often the case…this game surprised me.

Lamar Jackson ($6.48, -8%) played one of his worst games of the season and struggled early. Lamar had missed a couple of wide-open throws in this game, which is an issue I thought he had corrected but persisted in this game. To his credit, though, Lamar was under relentless pressure it felt like for much of the night.

As for the Bengals, they suffered much of the same fortune as Baltimore in this contest. With an early injury to Tee Higgins ($6.14), he was largely unavailable for much of the night. This led to a surprising reliance upon Hayden Hurst ($1.69, 28%). Joe Burrow ($7.47, -4%) appeared to get the better of Lamar for much of the evening, but Justin Tucker delivered the final dagger to Cincinnati and Baltimore ended up squeaking out a nail-biter of a win.