We're kicking off week 9 coming off a big Thursday night game from my favorite tight end this off-season piling up 100 yards on 8 catches and a score in Dallas Goedert ($6.77, 24%)! I believe that makes for a good omen for the week ahead and our investments! 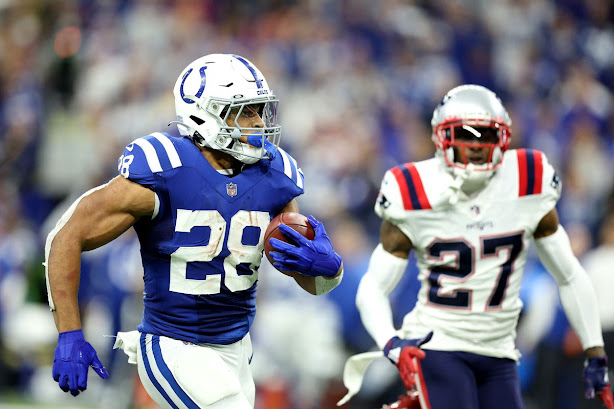 This game has taken an interesting turn considering that Jonathan Taylor ($6.53, -16%) has been ruled out for the Colts. Combined with the fact that they've shut down Matt Ryan for the year as well, this game creates a massive opportunity for the New England Patriots.

With Zappe locked in the foreseeable future, I'm weary of investing in the wide receiver core still. The only pass catcher I've got confidence with at the moment is Jakobi Meyers ($1.03, 16%). Oddly enough we don't talk enough about the complete utter failure of this team to adequately fill their tight-end position with the investments they've made to the position. Consider that in the last 2 years this team invested two third-round picks on Devin Asiasi ($0.56) and Dalton Keene ($1.00). Then after that was a complete bomb they threw money at the position paying Hunter Henry ($0.65, -14%) and Jonnu Smith ($1.74). I continue to believe this might be Bill Belichiicks' final year in New England. I think a change of scenery might do him some good or perhaps he's ready to hang it up. In either case, I do think they win this game comfortably.

While Sam Ehlinger ($1.01, -23%) didn't thoroughly wet the bed last week, I don't think it's going to go well against this Patriots team. Considering the Colts have traded away Nyheim Hines ($2.03, 19%) to the Bills and Jonathon Taylor is out there isn't much firepower for this team to deceive the Patriots. I'm not even sure the Colts are going to score a touchdown this week. They've punted on the season and that makes me far more likely to sell Michael Pittman than it does to buy Michael Pittman who is the last investment-worthy Colt standing. He should be a considerable buy this off-season though. 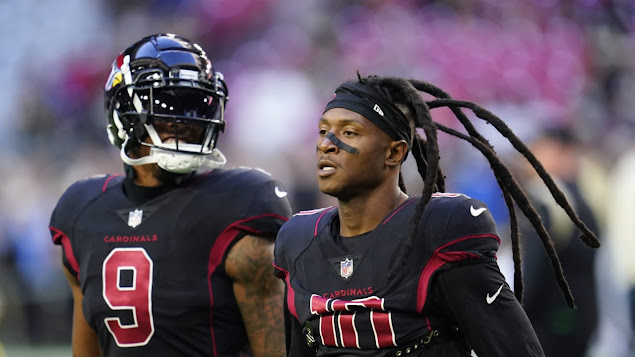 Let Geno cook became the narrative. When the Seahawks dealt Russell Wilson ($8.00, -2%) to the Denver Broncos no one imagined this team would be scoring the way they have this season. What Geno Smith ($1.26, 3%) has done to resurrect his career should be commended and applauded. Too often in the NFL, these quarterbacks get one fair shot to be the franchise signal caller and they're sent to purgatory never to be seen again. I still remember the New York Giants blowing a gasket when Geno Smith got the start over Eli Manning in his final season. Imagine where they would be if he was playing like he is today for the Giants!

In either scenario, I'll be the first to admit I was incredibly surprised to see DK Metcalf ($3.46, 10%) emerge from an injured patella and score a touchdown while leading the team in receptions on the day. I'm not sure if this team is going to be able to move the ball as well as they did last week, but if they're healthy they're getting a fairly easy defense to go up against. In the end, I think Kenneth Walker III ($6.43, -4%) will be the unsung hero of the game should the Seahawks pull this game out.

On the other side of the ball, Kyler Murray ($4.56, 5%) takes on a team offering one of the highest yards per attempt in the NFL. While the Cardinals have lost Marquise Brown ($2.69) for the foreseeable future, Deandre Hopkins ($5.74, 17%) has been on a mission since returning from suspension. Zach Ertz ($1.82, 6%) might not be an awful investment this week either. I do believe that this game could be one of the highest-scoring games in the afternoon and perhaps on the day. You've got an awful run defense in the Cardinals taking on an awful pass defense in the Seahawks. I expect the Cardinals to escape on the back of another solid day from Deandre Hopkins. 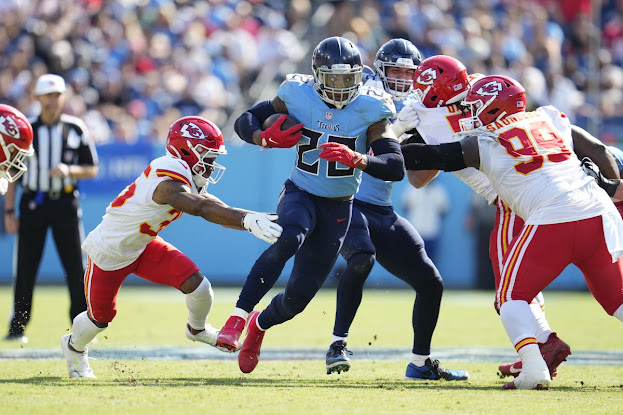 Coming off a dominant performance from Derrick Henry the Titans are facing a stiff challenge against the Kansas City Chiefs. This game doesn't look like good news whatsoever for the Titans considering Ryan Tannehill ($4.48) has missed practice this week. I liked the raw prospect of what Malik Willis could be, but after what I saw last week there's no way the Titans can feel comfortable with him in this game.

If there is any way Tannehill can suit up they're going to need him to. After Malik Willis ($1.18, -21%) amazingly completed 6 of his 10 passes last week we saw them go for only 55 yards. Not only that but part of what was supposed to make him so dynamic was his legs. Willis rushed 5 times for a miserable 12 yards, and that will not get it done. Failing to account for a score last week against an awful Texans team doesn't bode well if he's going to have to keep up with Patrick Mahomes ($20.25) and this Chiefs offense.

While the Chiefs lost to the Bills, they are certainly still a first-class AFC team and should make easy work of the Titans much as the Bills did. Mecole Hardman ($0.79, -1%), and Juju Smith-Schuster ($2.67) along with Travis Kelce ($11.70) shouldn't have much problem against this Titans team. I still firmly recall the Bills putting up 41 points on this team on an early Monday night game…and if Willis is playing this game will get out of hand quite fast. As such, I think any pass catcher is a great short-term investment in what should be an easy win for Kansas City coming off a bye week (where Andy Reid thrives).