Another solid week of action comes to a close, and much like any other season, the news in the NFL continues to keep us on our toes! 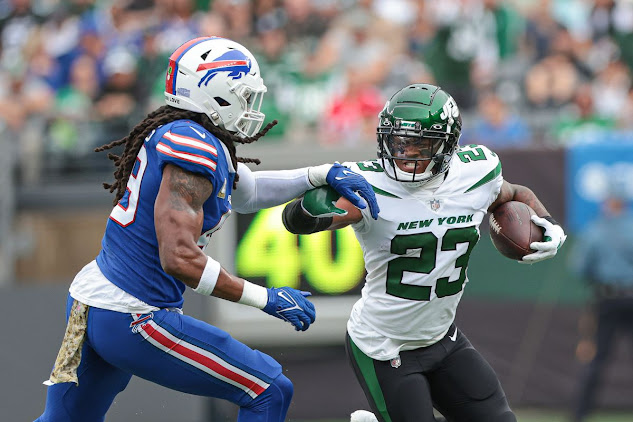 Josh Allen ($30.08) looked like he was ready to cook early in this game. Starting the game with two rushing scores in the first half. However, after that hot start, the offense went stale in a hurry and the momentum began to swing toward the Jets. It didn't help that Gabriel Davis ($3.25, -12%) went missing for the second week in a row, and the only reliable target Allen had on the day was Stefon Diggs ($8.77, -8%). Another note for the Bills that has become concerning once again is the fact that Josh Allen led the team in rushing yards with 86. Devin Singletary ($1.92, -7%) doubled the carries of James Cook ($$3.23) and was the "leading" running back with 24 yards. In all, Allen outrushed every running back and receiver combined on the day. This is an issue that is going to have to get cleaned up for the Bills.

On the other side of the ball, the Jets again relied upon their running game and asked Zach Wilson ($3.29, -4%) to simply not turn the ball over. While we can laugh at that, Wilson did attempt 24 passes against one of the best defenses in the NFL and had almost 200 yards and a score. I would count that as a small win for Wilson. However, we should be impressed with the fact the Jets were able to dominate the Bills up front and rushed for over 150 yards in total against this team. I'm not sure if the Bills rushing defense is as bad as it looked or if the Jets went back to well with their rushing dominance. In either case, they've built their team through the line on both sides of the ball and deserve lots of respect for that. 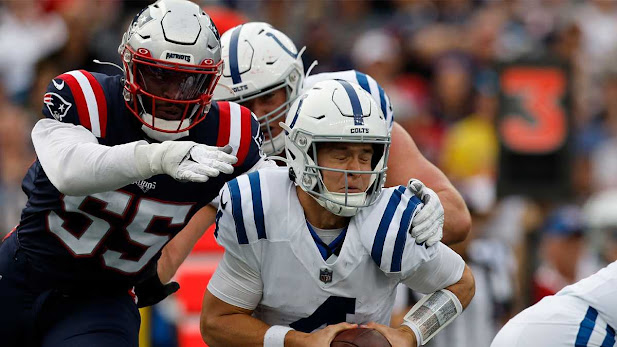 Well, it's not unprecedented for the prior year running back 1 in fantasy to fall off a cliff the following year. It certainly looks like investing in Jonathan Taylor ($6.52) was a fool's errand this off-season. However, the Colts franchise as a whole is in an awful situation. We've seen them continue to invest in quarterbacks annually for the last 5 years and it looks like it has finally caught up with them.

With Sam Ehlinger ($0.84, -20%), and Matt Ryan ($3.87) being clear duds this season the Colts were left with no other choice but to fire Frank Reich. I thought this should have been done last year when all Reich had to do was beat the Jaguars to make the postseason and he couldn't get it done. In all, as we've discussed before, Michael Pittman ($2.35, -17%) is about the only asset worth salvaging.

As for the Patriots, they continue to stay competitive in the AFC East with this win. It's quite impressive that there isn't a single team with a losing record in this division, and the division leader is 0-2 in the division but hasn't lost a game outside of the division. We may see for the first time a division sends 4 teams to the playoffs. Mac Jones ($1.32, -8%) got the start and took full advantage of it.

He looked every bit as average as he has his whole career, throwing for a touchdown and avoiding mistakes. I was disappointed to see Rhamondre Stevenson ($3.53, -2%) only put up 60 scoreless yards on the ground. He was able to redeem himself with a score through the receiving game but in all, he didn't perform as well as I thought he would in this one. 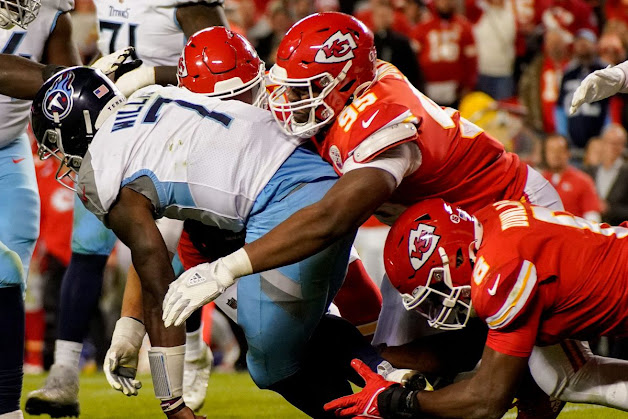 In a game I thought would be a snoozer it turned out to be far more competitive than I thought it would be. The one thing we got right was that Malik Willis ($1.27, 8%) is every bit as bad as he looked the prior week. The only way he could get worse is if the Titans had any lower level of play from their already league-worst hodgepodge of receivers. The fact that the Titans have Robert Woods ($2.88, -24%) coming off a torn ACL as their only competent receiver on the team is cause for concern.

If you're a Titans fan you can't fault AJ Brown ($3.34, -3%) for laughing at the incompetence after this team refused to pay him what he was worth. If not for Derrick Henry ($36.84, 7%) this game would've been every bit as awful as I had predicted earlier. In the end, they're going to need to get Ryan Tannehill ($4.48) as soon as possible. The good news for the Titans is they are still squarely the favorites for the division unless the Jaguars can start stringing some wins together.

The Chiefs continued their run and now find themselves back in the mix for a first-round bye after the Bills' loss to the Jets. Patrick Mahomes ($21.75, 7%) is still a solid investment as their next three opponents are the Jaguars, Chargers, and Rams. It doesn't look like they'll have many roadblocks in their way. If I took anything away from the Chiefs on Sunday it was that this running back position is still unsettled and we have no idea what they want to do at the position. Considering Isiah Pacheco ($2.65, -16%) and Clyde Edwards-Helaire ($1.89, -16%) both had 5 and 4 snaps respectively. Similar to the Bills Mahomes led the Chiefs in rushing on Sunday and I'd expect them to address this position again this off-season as I think it'll present problems for them later in the season.